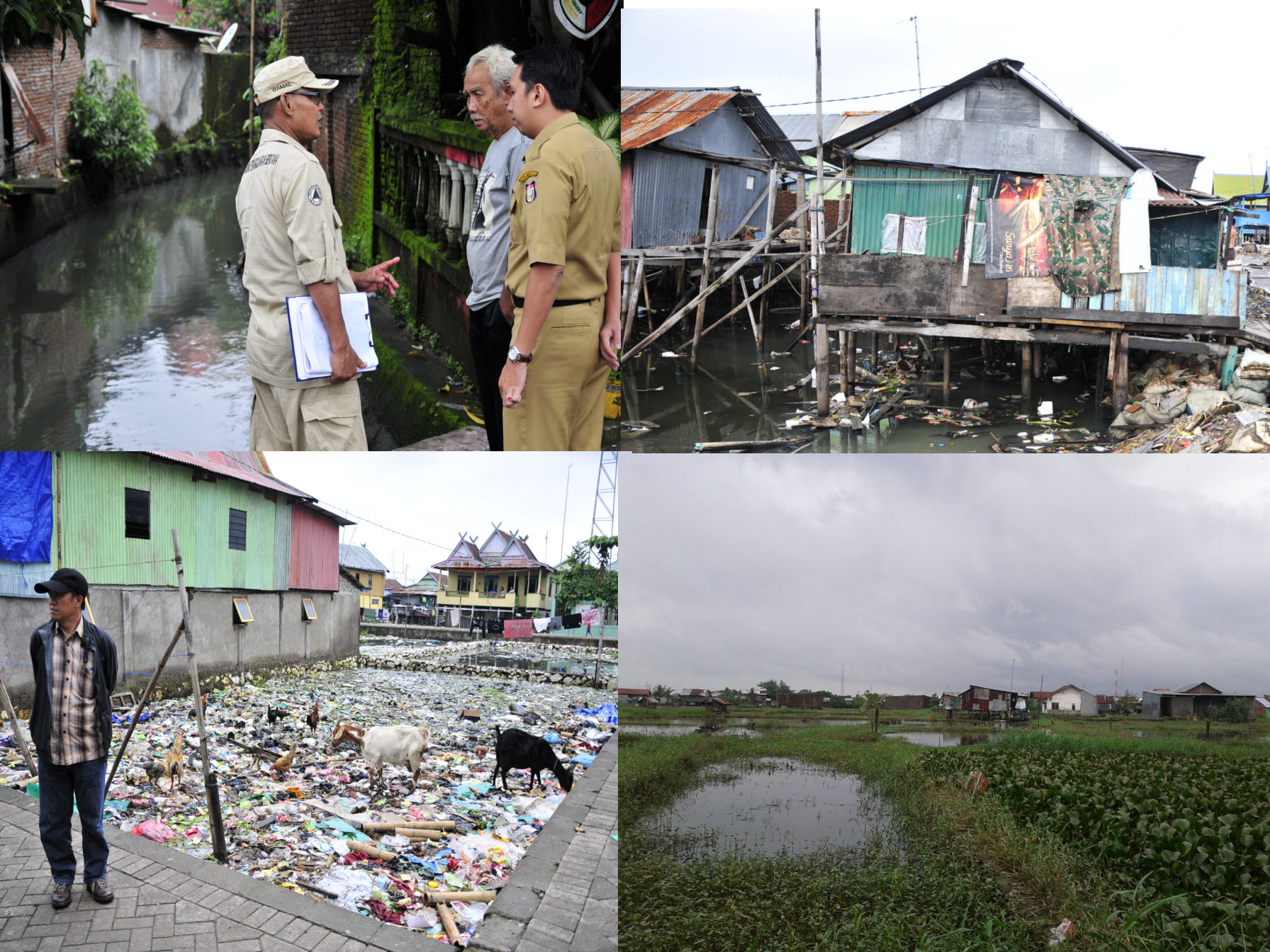 Flood Contingency Plan has been implemented Makassar since May 2013 which consists of several stages, beginning with socialization to make commitment between the members of the government sector in Makassar. The plan has supported by Australia Indonesia Facility for Disaster Reduction (AIFDR) and BPBD (Regional Management Disaster Agency) Makassar City. On August 2013 has produced Draft-0 Contingency Plan Flood Makassar, but still lack completeness of the data and data haven’t updated. Update data is very important to strengthen the incidence and impact of the disaster scenarios that will be developed in a flood contingency plan document. Therefore, on January 28-30 2014 at Santika Hotel Makassar next stages are carried out to complete the updating of the data and data completeness for the preparation of the Final Draft Contingency Plan. The data consists of the data exposure from infrastructure of roads, buildings, social, cultural, economic, and security are affected by the floods that have been agreed at the time of the drafting document contingency plan. Also hazard data that must be updated of flood in January 2013. In the previous activity also agreed there are 6 sub districts the impact flood (Biringkanaya Sub District, Rappocini, Mangala, Tallo, Panakkukang, and Tamalanrea) consists of 28 villages affected by floods. Data updating activities implemented during 3 days of preparation of field surveys, data collection, data input, and data processing.

The participants consists of Makassar BPBD, representatives of six sub districts affected by the flood, which was attended by secretary of the sub-district head, and alumni training OSM, QGIS, and InaSAFE from Makassar. The first day, field survey preparation begins with the opening of Makassar BPBD Chief Executive and followed by a review of previous activities. Then given a description of the technical implementation of completeness of data and field survey by the Humanitarian OpenStreetMap Team. Representativesub districts in attendance to respond about its region flood affected areas in January 2013 and the preparation of data to facilitate field survey. The results of the discussion on the first day of the survey resulted in the division of the group consisting of 9 groups, where each group consists of representatives one person from BPBD Makassar, one person from representative sub districts, and one person from alumni OSM, QGIS, and InaSAFE training. The second day of activities to data collection is a field survey conducted on one day. Before leaving for the field each group gathered at the hotel to take a complete survey consists of the flood affected village maps, GPS, and survey forms adapted to the preset file JOSM. Once finished they leave for the completeness of each location with a vehicle that has been provided. Despite unfavorable weather conditions do not reduce intentions and enthusiasm of the participants in carrying out the data collection activities. Field survey work was completed at 5.30 pm and the input data is done on the third day. The third day, input data begins with discussion of the results of each group about the threat of data updates and data infrastructure affected by floods. The results of the discussion stated that flood affected area above a height of 50 cm as emergency response. Then proceed with the input data by using JOSM and edit area group which adjusted for the results of the survey form and collected GPS points. The results of field survey is that the region was reduced to 24 flood affected villages because there are 4 other villages just have flood height below 50 cm are not in the category of emergency response.

Processing data using QGIS and InaSAFE. Resulting flood affected area of ​​2761.84 Ha of January 2013 which consists of 24 urban villages in the 6 Sub District with the largest area in the Tamangapa of 573.78 Ha. Most of the affected land use consists of residential and field. Also produced a map of the location of evacuation and evacuation routes in each village. The results of the calculation are InaSAFE building consists of 12.152 affected and affected population consisted of 101.972 inhabitants.

One of the results generated output maps that flood affected areas in Makassar that can be seen on the map below covers 24 Village with flood height between 50 – 300 cm. Map of The Flood Affected Areas from Makassar City