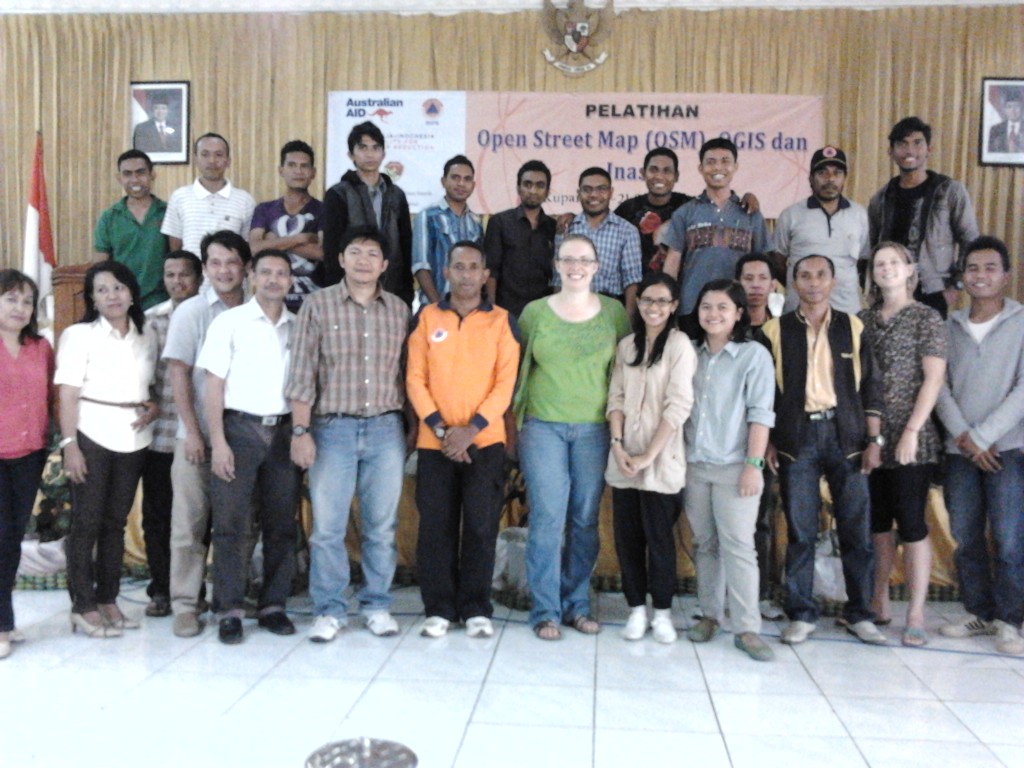 Dairy Entries of the Kupang Workshop 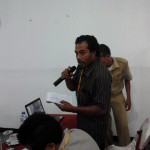 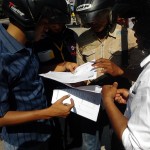 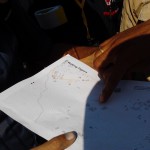 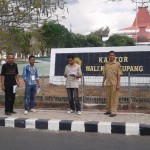 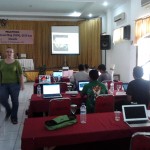 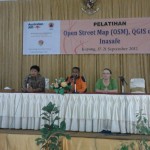 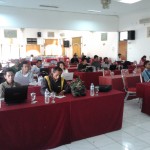 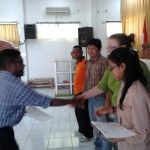 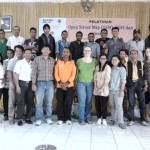 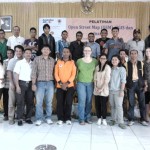 First Day (17 September 2012): This day began with an introduction of what is data, what is spatial information, and of course what is OpenStreetMap (OSM). The official opening was conducted by Mr. Thaddeus Tini, the Chief Executive of BPBD in East Nusa Tenggara. After that, the trainers got participants in the mindset of collecting mapping data by making paper maps. Participants drew their neighborhoods using a pen and paper. They provided an explanation of the area that they drew, such as the facilities and buildings they included. This activity was used as an initial explanation for how maps can be functional and informative, especially in digital form, such as Open Street Map.

Next, we introduced Open Street Map and gave participants the software to be installed, like JOSM, QGIS, GPSBabel and USB drivers. We had a lunch session until 13.00. After lunch we then continued with an explanation of how we use OSM. The participants were asked to create an account on the OSM website (http://www.openstreetmap.org). Some people needed to create email accounts. Proceeding that we toured the online display, menu and editors. After that, participants were introduced to Java Open Street Map (JOSM) and how to download and edit the data simply in JOSM. Trainers continued with the introduction of GPS devices. Then we all surveyed the area around the hotel in order to practice using GPS devices and put data to in JOSM. Activities completed today at around 17:00 pm.

The second day (18 September 2012) : The Kupang training started at 08.00 am and putting the GPS tracks and waypoints from yesterday into the computer was the first activity. After that, the participants were taught about the satellite imagery as a background in editing their data. They were taught about Walking Papers. They were divided into teams and made Walking Papers according to the team areas (http://www.walking-papers.org).

After lunch, the participants were divided into seven teams to use Walking papers and GPSes. Participants journeyed in cars, motorcycles and on foot according to the distance of their assigned locations. At around 16:00 pm, they returned to the training room and entered their survey data into JOSM, reviewed and edited the data until 16.00 pm. Training ended at 16.30.

Third day (19 September 2012) : We continued to edit the results of the field surveys from yesterday. We added buildings and various details into JOSM. Each group consists of 4-5 people. Participants digitized the city according to the Task Manager (http://www.tasks.hotosm.org) and then created Walking papers to take to field. Participants mapped five more areas in Kupang: Oetete, Oeba, Oebobo, Undana and Penfui.

After editing the attribute data, the participants digitally prepared the areas for the next field trip. They organized the Walking Papers. Training ended at 16.00 pm

Fifth Day (21 September 2012) : The fifth day was the last day of training and thus the closure of the OSM’s BPBD NTT training. The day began at 09.00 am and after digitization and a coffee break each group mapped some more. The groups traveled to Oetete, Oeba and Oebobo. Each group left for their respective areas and returned to training at 11:45 pm and then broke for lunch.

After lunch the participants entered the survey data, performed digitization, edited and uploaded their data into OSM. There were some conflicts that occurred when uploading the data because there two or more people were editing the same areas and uploaded at the same time.

The training ended with introducing the OSM community in Indonesia: OSM Indonesia (http://www.openstreetmap.id), Mailist OSM, Facebook Group (http://www.facebook.com/groups/osm. en /) and Twitter (https://twitter.com/OSM_ID). This was done until 15:00 pm and was followed by a closing from Mr. Jemi as the NTT BPBD representatives. He was accompanied by Mr. Josua as representatives AIFDR NTT and Kate Chapman as Director HOTOSM. These representatives gave out certificates to the participants and group photos were taken with the participants and trainers OSM.

And thus concluded the OSM training in Kupang, NTT for five days. Making maps in a variety of areas in NTT is the first step in disaster preparation in NTT. The participants will continue using JOSM and edit it as a preparatory stage for the next training. This is all so that evacuation planning and disaster prevention in Kupang in NTT can be better. Amen. The delivery of certificates to the participants