OSM: The Easiest Way To Do Digital Mapping 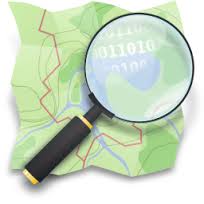 We have entered a time where digital maps have become necessary. Digital maps are required not only for documenting information by government agencies, such as Indonesia’s disaster preparedness department, but also for the general public. Unfortunately, not all maps have gone digital. These non-digital maps are limited because they cannot be updated easily, contain low amounts of detail and are only accessible to some people or parties.

Making digital maps often can only be conducted by people who have the training and skills in specific software, such as ArcGIS, Arcview and Map Info. These software programs are not only quite expensive, but they are also quite complicated for the public.

But do not worry, because there is a way to create digital maps without the cost and geospatial skills. This solution is called OpenStreetMap. OSM provides an answer because it is free and is the easiest way to make digital maps, even for novices. You only need to do three things: create an OSM account, edit or trace map features (which can be done online or by the desktop software, JOSM) and then upload the edits. You can directly trace from satellite imagery, which is provided by Bing, as well as integrate GPS data for editing and adding features to the map. Map updates can be more frequent in OSM because information is collected on the ground, with GPSes, and by local people who know about the area.

Additionally, OSM can be shared easily. Data from OSM can be downloaded and exported in familiar formats , like .shp or .gpx. Unlike maps from desktop GIS, the maps are all accessible with an internet connection. Once edits are uploaded everyone and anyone can access the data at openstreetmap.org.

These benefits make OSM very suitable for everyone– from the general public to government organizations and to unskilled to skilled GIS users. The ease and versatility of OSM encourages more people to map areas in which they are familiar. This allows OSM to have the most recent maps in some areas, such as sections of Jakarta.

It is no wonder that BNPB (the Indonesian government department for disaster prevention) is training their staff in OSM. The BNPB will be able to update disaster data with greater ease and speed so that they can make quicker and more precise, effective and efficient decisions. Moreover, there is talk that Badan Informasi Geospasial (called Bakosurtanal before) might also integrate their maps with th OSM database.

With your contribution in adding or editing digital map features on OSM, you can help the Indonesian government and the many people who need large scale maps. So, let’s go and contribute to OSM!