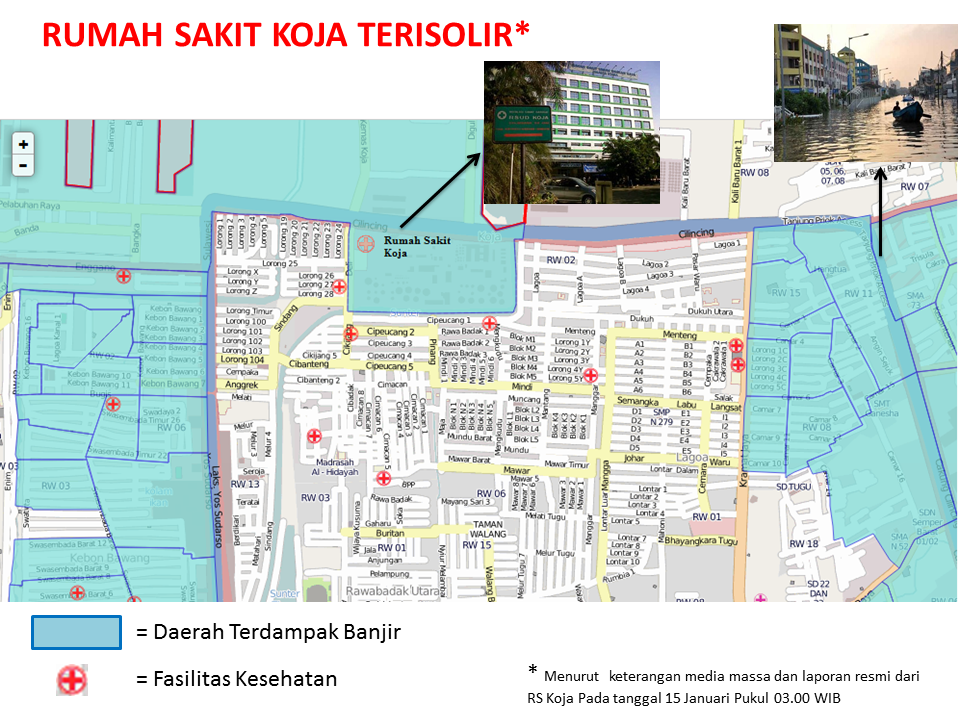 Jakarta is the capital city of Indonesia and also the most densely populated city in Indonesia, which is home to more than 10 million people. It has a wide range and complexity of problems that plagued on it. One issue that has always plagued Jakarta is flood. In 2002, extensive flood in Jakarta reached about 13 percent of the area of ​​Jakarta and have an impact to 381,266 people and 21 people died. While the floods in 2007 about 45 percent of the city area of Jakarta were flooded and there are 80 people died and caused loss of 5.16 trillion rupiah. The last  flood that hit Jakarta occurred in January 2013 in which nearly 50% percent of the population affected by the floods in Jakarta and resulted in 83,930 people were displaced, 38 people died and the financial losses reach 20 trillion rupiah.

Bssed on the situation above Humanitarian OpenStreetMap Team Indonesia again supporting BPBD DKI Jakarta in drafting contingency plans for Jakarta flood 2014. Some of the activities carried out by the team in helping the preparation of the Contingency Plan are : The Drafting activities of Jakarta Flood Contingency Planning consists of several stages, these stage are: Humanitarian OpenStreetMap Team also help BPBD to make Flood Contingency Planning Web GIS which can show affected buildings and which area at Jakarta affected by flood. To see the Web GIS you can visit http://www.openstreetmap.id/renkonbanjirdki