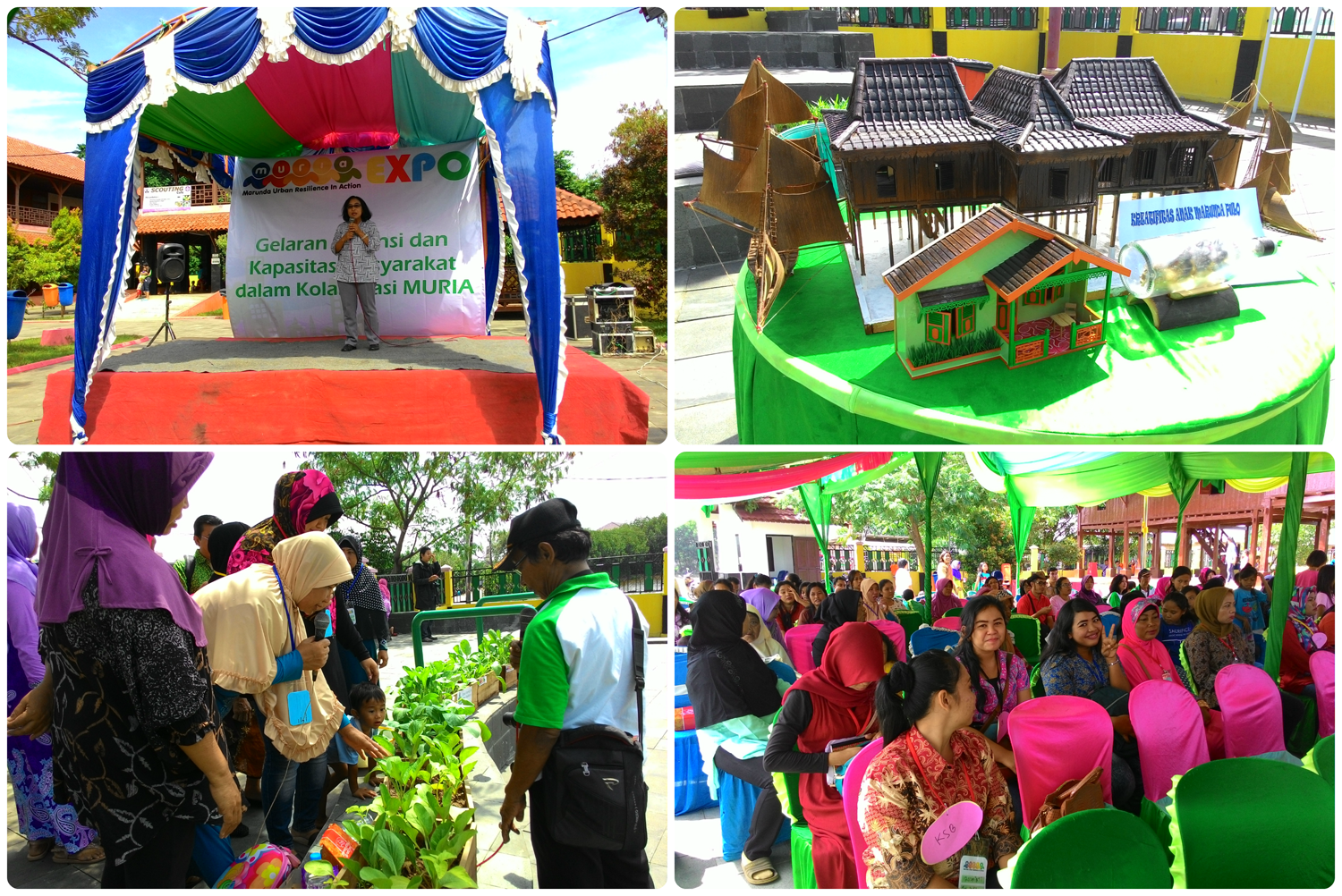 MURIA or Marunda Urban Resilience in Action is a project that aims to increase the capacity of the people who live in the cities – especially those who are poor and vulnerable – to prevent / resist, absorb, accommodate and recover from threats or interference and pressure. This project integrates multi-stakeholder approach with resiliency strengthening supported by Cordaid. Some companies and organization who took part in this project are Bina Swadaya Konsultan (BSK), PT East West Seed Indonesia (EWINDO) and Humanitarian OpenStreetMap Indonesia (HOT).

Marunda is one of the villages in North Jakarta where there are many slums with dense population and flooded several times per month with small and large scale. The scope area of this project is one sub-village namely RW 07 Marunda that right adjacent to the northern coast of Jakarta.

Some of the main activities in this project are urban farming training and field mapping training. HOT got the opportunity to join this project in facilitating local people in mapping training. Field mapping activities aims to collect data and create a map of RW 07, so people who live there can understand about the condition of their neighborhood such as  location of important objects in their area and the potentials of their community. The information contained in maps and development plans are essential to build resilience for the community. The OSM training focused on collecting the field data in RW 07 Marunda. The objects that were mapped include public facilities, roads and houses (every household). Beside the exposure data, they also collected information about the social conditions and also about the history of the flood hazard that often hit Marunda especially in the rainy season.

The training lasted for three days. Just like the OpenStreetMap training in general, participants practiced how to add objects in OpenStreetMap and did the field surveys using OSMTracker, printed maps and survey form.

Here is the mapping result that can be accessed in openstreetmap.org site. Picture 3. The atmosphere during training (left), The result map of InaSAFE calculation (right).

In 22 December 2015, MURIA held special event named “MURIA EXPO – Gelaran Potensi dan Kapasitas Masyarakat dalam Kolaborasi MURIA” / MURIA EXPO – Potencial and Capacity of Community in MURIA Collaboration exhibition. This event was a celebration of what has been produced together by people of RW 07 and institutions involved in MURIA. This event showed several performances, there were Betawi Dance art, flood contingency plan simulation in RW 07, urban farming booth and mapping booth. A month after the urban farming training, local people especially women have been able to produce vegetables with good quality and they consume it by now. With the ability of farming, hopefully they can get the benefit of it. They can save more money for shopping for vegetables and the vegetables they consume of course with good quality and can support their health.

Meanwhile, the results of mapping activity was also satisfactory. The RT maps was printed in A2 size and displayed at this event so that people can see what the mappers have done during the training. Besides shown here, these maps were also printed and placed in strategic locations where people gather. Now the detailed map of RW 07 Marunda can be accessed by anyone, from the public, governments and other institutions. Hopefully, these mapping results can unite and provide the information that is relevant to stakeholders in building the resilience of urban communities.