Why the World Needs OpenStreetMap 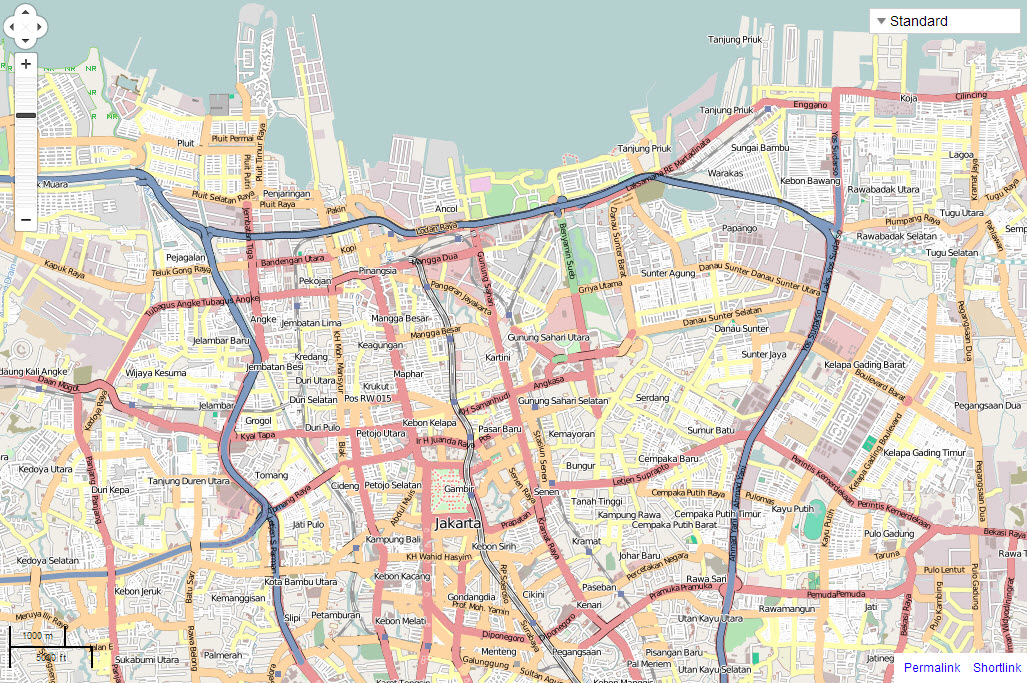 Every time I tell someone about OpenStreetMap, they inevitably ask “Why not use Google Maps?”. From a practical standpoint, it’s a reasonable question, but ultimately this is not just a matter of practicality, but of what kind of society we want to live in. I discussed this topic in a 2008 talk on OpenStreetMap I gave at the first MappingDC meeting. Here are many of same concepts, but expanded.

In the 1800s, people were struggling with time, not how much of it they had, but what time it was. Clocks existed, but every town had its own time, “Local time”, which was synchronized by town clocks, or more often than not, church bells. Railway time, then eventually Greenwich Mean Time eventually supplanted all local time, and most people today don’t think about time as anything but universal. This was accomplished in the US by adoption first of the railroads, and then by universities and large businesses.

The modern day time dilemma is geography, and everyone is looking to be the definitive source. Google spends $1 billion annually maintaining their maps, and that does not include the 1.5 billion Google spent buying Waze. Google is far from the only company trying to own everywhere, as Nokia purchased Navtek and TomTom and Tele Atlas try to merge. All of these companies want to become the definitive source of what’s on the ground.

That’s because what’s on the ground has become big business. With GPSes in every car, and a smartphone in every pocket, the market for telling you where you are and where to go has become fierce.

With all these companies, why do we need a project like OpenStreetMap? The answer is simply that as a society, no one company should have a monopoly on place, just as no one company had a monopoly on time in the 1800s. Place is a shared resource, and when you give all that power to a single entity, you are giving them the power not only to tell you about your location, but to shape it. In summary, there are three concerns- who decides what gets shown on the map, who decides where you are and where you should go, and personal privacy.

Who decides what gets displayed on a Google Map? The answer is, of course, that Google does. I heard this concern in a meeting with a local government in 2009- they were concerned about using Google Maps on their website because Google makes choices about which businesses to display. They were right to be concerned about this issue since a government needs to remain impartial and by outsourcing their maps, they hand the control over to a third party.

It seems inevitable that Google will monetize geographic searches, with either premium results, or priority ordering, if they haven’t done so already (ie is it a coincidence than when I search for “breakfast” near my home, the first result is “SUBWAY® Restaurants”).

The second concern is about location. Who defines where a neighborhood is, or whether or not you should go. This issue was brought up by the ACLU, where a map provider was providing routing (driving/biking/walking instructions) and used what they determined to be safe or dangerous neighborhoods as part of their algorithm. This begs the question of who determines what makes a neighborhood safe or not, or whether safe is merely a codeword for something more sinister.

Right now, Flickr collects neighborhood information based on photographs which they exposethrough an API. They use this information to suggest tags for your photograph, but it would be possible to use neighborhood boundaries in a more subtle way in order to effect anything from traffic patterns to real estate prices, because when a map provider becomes large enough, they become the source of “truth”.

Lastly, these map providers have an incentive to collect information about you in ways that you may not agree with. Both Google and Apple collect your location information when you use their services. They can use this information to improve their map accuracy, but Google has already announced that is going to use this information to track the correlation between searches and where you go. With 500 million Android phones, this is an enormous amount of information collected on the individual level about people’s habits whether they’re taking a casual stroll, commuting to work, going to their doctor, or maybe attending a protest. Certainly we can’t ignore the societal implication of so much data in the hands of a single entity, no matter how benevolent they claim to be. Companies like Foursquare use gamification to overlay what is essentially a large scale data collection process, and even Google has gotten into the game of gamification with Ingress, a game which overlays an artificial world onto this one and encourages users to collect routing data and photo mapping as part of effort to either fight off, or encourage, an alien invasion.

Now that we have identified the problems, we can examine how OpenStreetMap solves each of them.

In terms of map content, OpenStreetMap is both neutral and transparent. OpenStreetMap is a wiki-like map that anyone in the world can edit. If a store is missing from the map, it can be added in, by a store owner or even a customer. In terms of display (rendering), each person or company who creates a map is free to render it how they like, but the main map onOpenStreetMap.org uses FLOSS (Free/Libre Open Source Software) rendering software and a liberally licensed stylesheet which anyone can build on. In other words, someone who cares can always create their own maps based on the same data.

Similarly, while the most popular routers for OpenStreetMap are FLOSS, even if a company chooses another software stack, a user is always free to use their own routing software, and it would be easy to compare routing results based on the same data to find anomalies.

And lastly, with OpenStreetMap data, a user is free to download some, or all of the map offline. This means that it’s possible to use OpenStreetMap data to navigate without giving your location away to anyone at all.

OpenStreetMap respects communities and respects people. If you’re not already contributing to OSM, consider helping out. If you’re already a contributor- Thank You.

This article first appeared on Serge Wroclawski’s blog, and is reproduced here under Creative Commons license. You can follow him on Twitter @emacsen.