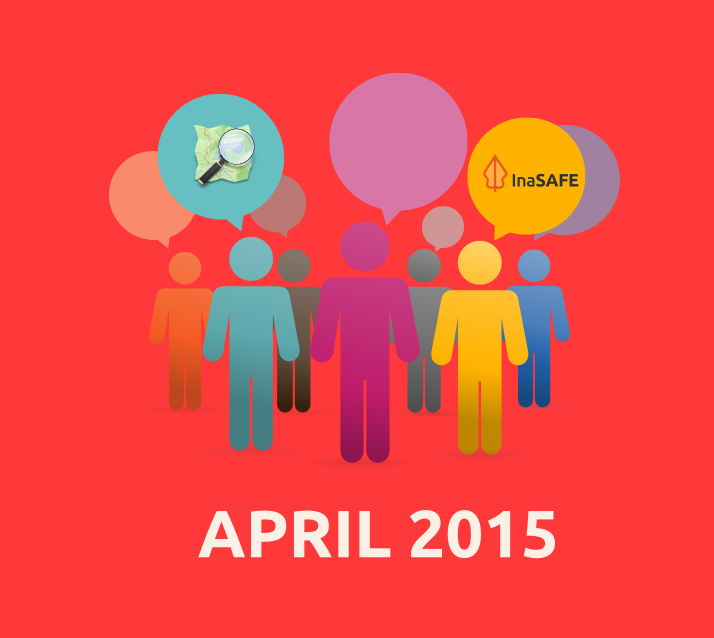 Humanitarian OpenStreetMap Team Indonesia (HOT-ID) and Indonesia OpenStreetMap Community held the April monthly meet up on the April 26th  2015. In this opportunity, HOT-ID trainers did not only share the way to edit OpenStreetMap data to the community, but also showed them how InaSAFE works and its relation to OpenStreetMap.

This MeetUp was attended by six persons, the first session about using iDEditor and JOSM was presented by Harry Mahardhika. Some of the attendees had already learned how to do that as they joined the University Roadshow in 2014. They used this opportunity to enhance their OpenStreetMap editing skill. Post-lunch, we went back to the HOT-ID office to proceed to the next activity, which was the InaSAFE demo session. The InaSAFE demo was presented by Wulan Khairunisa, a HOT-ID trainer. One of the attendees, Rina (UNESCO Jakarta) stated that she already heard of InaSAFE, but shen never really understood what was InaSAFE until Wulan explained it to her. Thus, she happily shared it to her Twitter that the combination of InaSAFE (through QGIS) and OpenStreetMap is a cool thing.

“From today’s MeetUp by @OSM_ID, I understand how #OSM #QGISand #InaSAFE are related. It was really cool!”

As usual, the MeetUp was closed with the traditional group photo using the OpenStreetMap fingers pose! Thank you and come again!

Sindhunata is a Communication Specialist in the Humanitarian OpenStreetMap Team (HOT) Indonesia. He studied Anthropology in Universitas Indonesia.