By the end of 2017, HOT concluded the mapping of lifeline infrastructure in Indonesia’s capital, Jakarta. Our data entry specialists swept through 44 subdistricts and 267 villages in just 6 months. Over 1.5 million buildings, 12 million km roads, 24,000  public facilities are now mapped in OpenStreetMap (OSM) as the result of this project. The number of buildings mapped in Jakarta is now 33 times larger than before the project started, and over 10 thousands times longer for the mapped highways and roads. 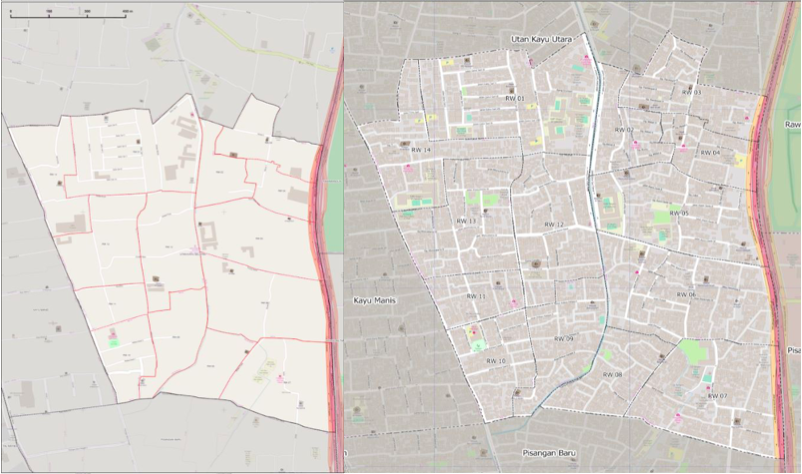 Having completed the project in Jakarta, the team now relocates to Semarang, the fourth largest city by size and the fifth most populated city in Indonesia. Semarang is listed as one of the most hazardous cities in the country. There are 6 major rivers that pass on one side of the city, while the other side is situated 0.75 to 348 metres above sea level, and is particularly prone to flooding and landslides. In 2014, over 70% of the city was inundated by water, seriously harming its economic productivity (Detik, 2014).

Semarang consists of 177 villages, 26 of which are prone to floods, and 9 with occasional landslides. The 26,510 hectare wide city is home to over 1,5 million people. Semarang is also ranked among the cities with the highest number of slum area in Indonesia, and an increasing poverty rate with around 86,700 people living below the poverty line (UNdata, 2010). 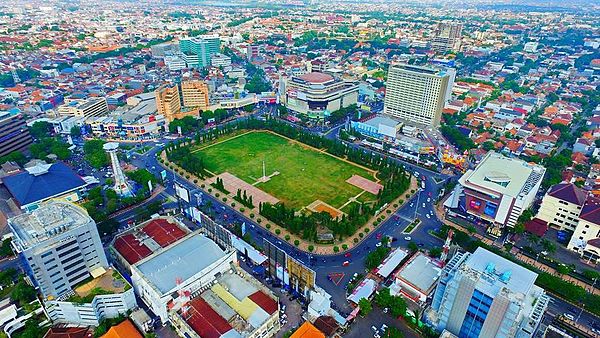 Our team will map all building footprints and road networks. They will validate, through a ground survey, all lifeline infrastructures, including banks, communications and transport facilities, water and electrical power systems, fuel storage, public institutions, such as schools, places of worship and traditional markets, health facilities, emergency services, such as fire and police stations, sport and recreation facilities, government establishments, among others. The team will collect administrative boundary information for the 16 subdistricts, also known as Kecamatan and 177 villages, also know as Kelurahan, through a close consultation with the village officials. The team will also identify places designated for Internally Displaced People (IDP) camps, source of clean water, public toilets, among others, critical information needed for swift disaster response and contingency planning.

We adjust our data collection methods to the varying infrastructure models in the city we are mapping. Some power towers in Semarang, for instance, are much smaller compared to the ones we found in Jakarta and Surabaya (see picture 3 below) as they distribute power to smaller scope of areas. The distribution substations are mostly built as towers with 20,000 volts capacity, without having to first be mounted in small houses with 200,000 volts capacity, which is more common in Jakarta. This means our team will map them as nodes, and not buildings. Some of the pump houses and watergates are also integrated in one structure (pump gate). Our team will now also now be mapping pump houses as nodes, not as polygons (buildings).

A team of 20 people will scan every road while pinpointing public facilities. Using OpenMapKit installed on their mobile phones, the team will complement the data with attribute information, such as the building capacity, number of levels, structure type, as well as floor, wall and roof type. In Semarang, the ground floor height will also be captured to help identify which buildings will potentially be affected in the event of flooding in the area. 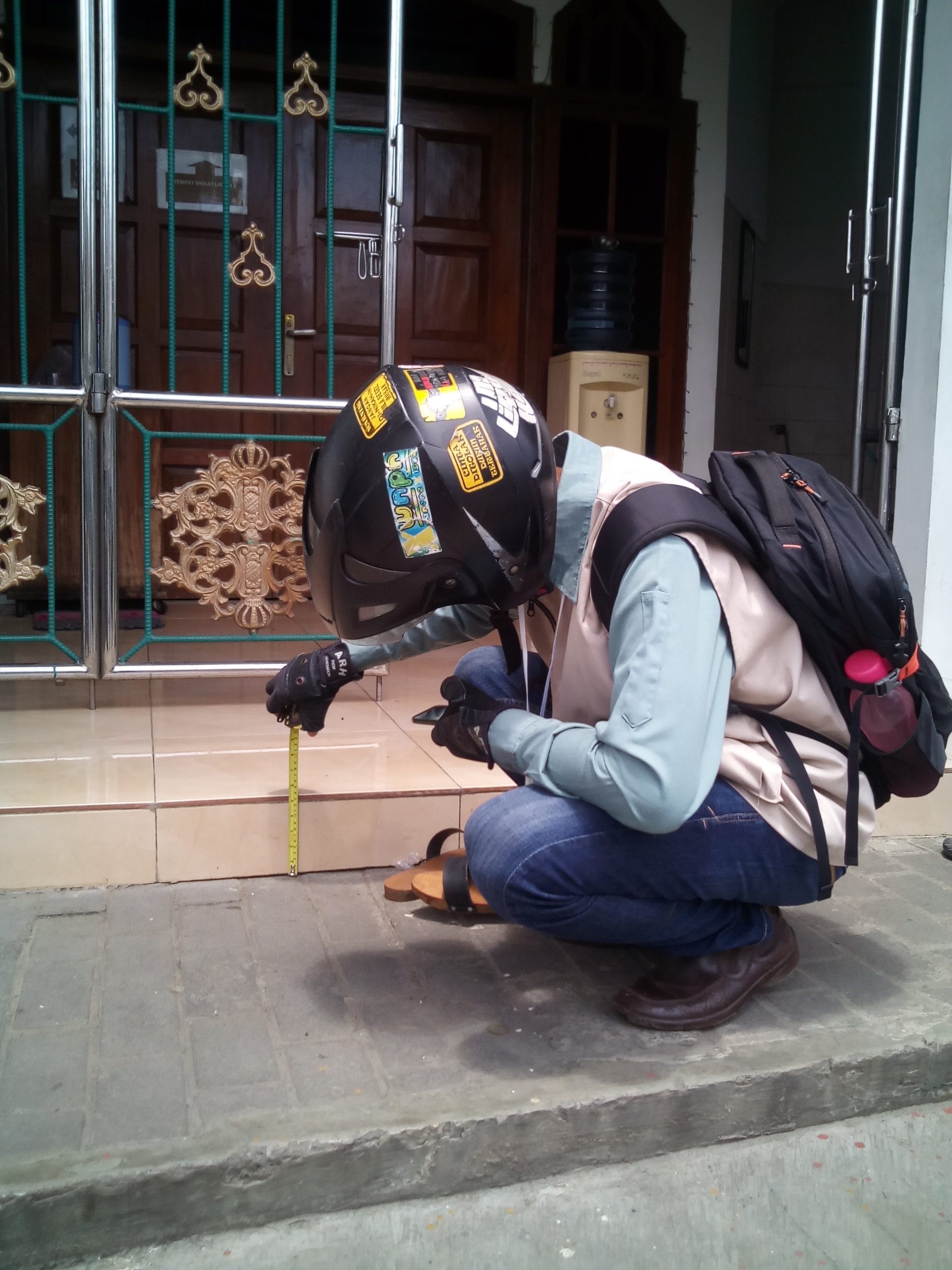